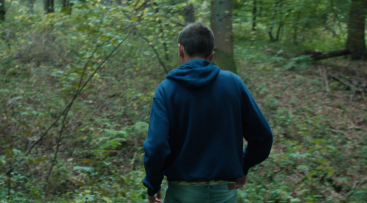 Everyone calls him Kev, this pale-looking redhead, who a social worker found, as a child, locked in bedroom where he had only rays of sunshine to play with. Now a teenager, Kevin suffers from a form of autism so severe that the majority of so-called specialised institutions have long refused to take him in. Clémence Hébert followed him with her camera, from one place to another. She, who is gifted with speech and he, who lives without, tamed each other as peers with a lens as the only medium of recognition, which captures what palpitates, appears, withers, and recommences. A discontinued but living link. As the result of his long experiment among those suffering autism, Fernand Deligny created a word which condensed his idea of film as a means to think about autism: “cameraing”, in contrast to “filming”. In other words, “put into the box of fragments”, many attempts to create a common human. Clémence Hébert follows in his wake; she succeeds, without discourse, in making us see the world from the perspective of this radically Other being.